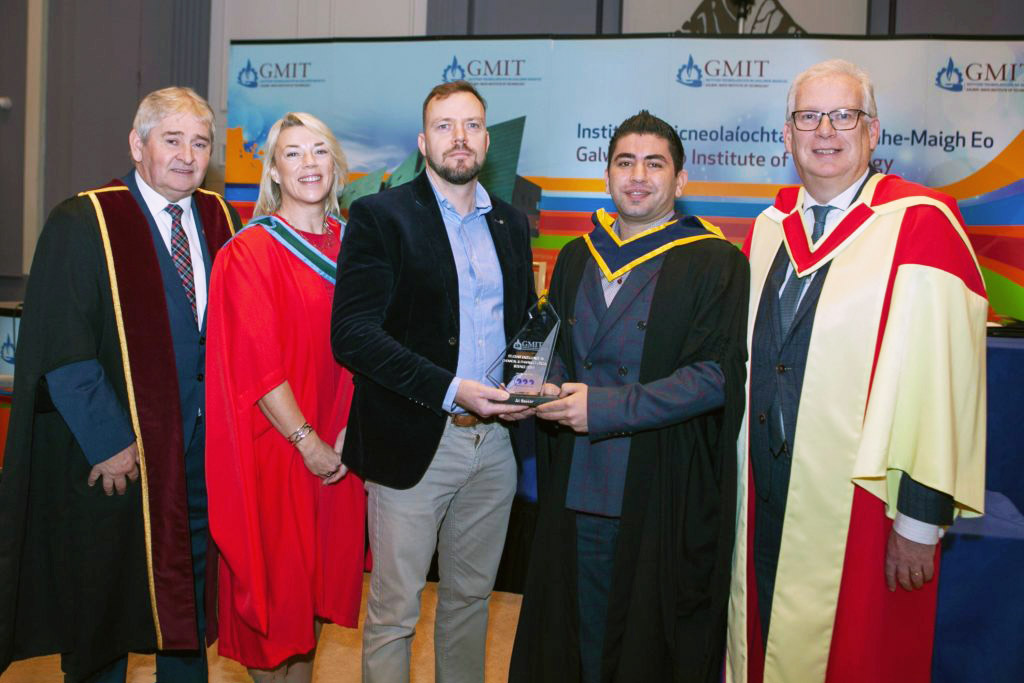 We are pleased to announce that the inaugural winner of the Galway-Mayo Institute of Technology (GMIT) CLS Student Excellence in Chemical & Pharmaceutical Science Student Award is Ali Sakkar.

Ali Sakkar was revealed as the winner at a recent GMIT ceremony at The Galmont Hotel in Galway. He was chosen based on the award criteria as the final year student with the most consistent performance during his four years on the GMIT Bachelor of Science (honours) in Chemical and Pharmaceutical Science programme.

“Supporting the next generation of scientists is very important to us at CLS, especially in our 25th year in business, as we recognise the very important contribution that they are and will be making in our industry. I am delighted to be congratulating Ali Sakkar on his win and wish him the best of luck for the future.” said Colin O’Toole, Director of Analysts on Contract at CLS.