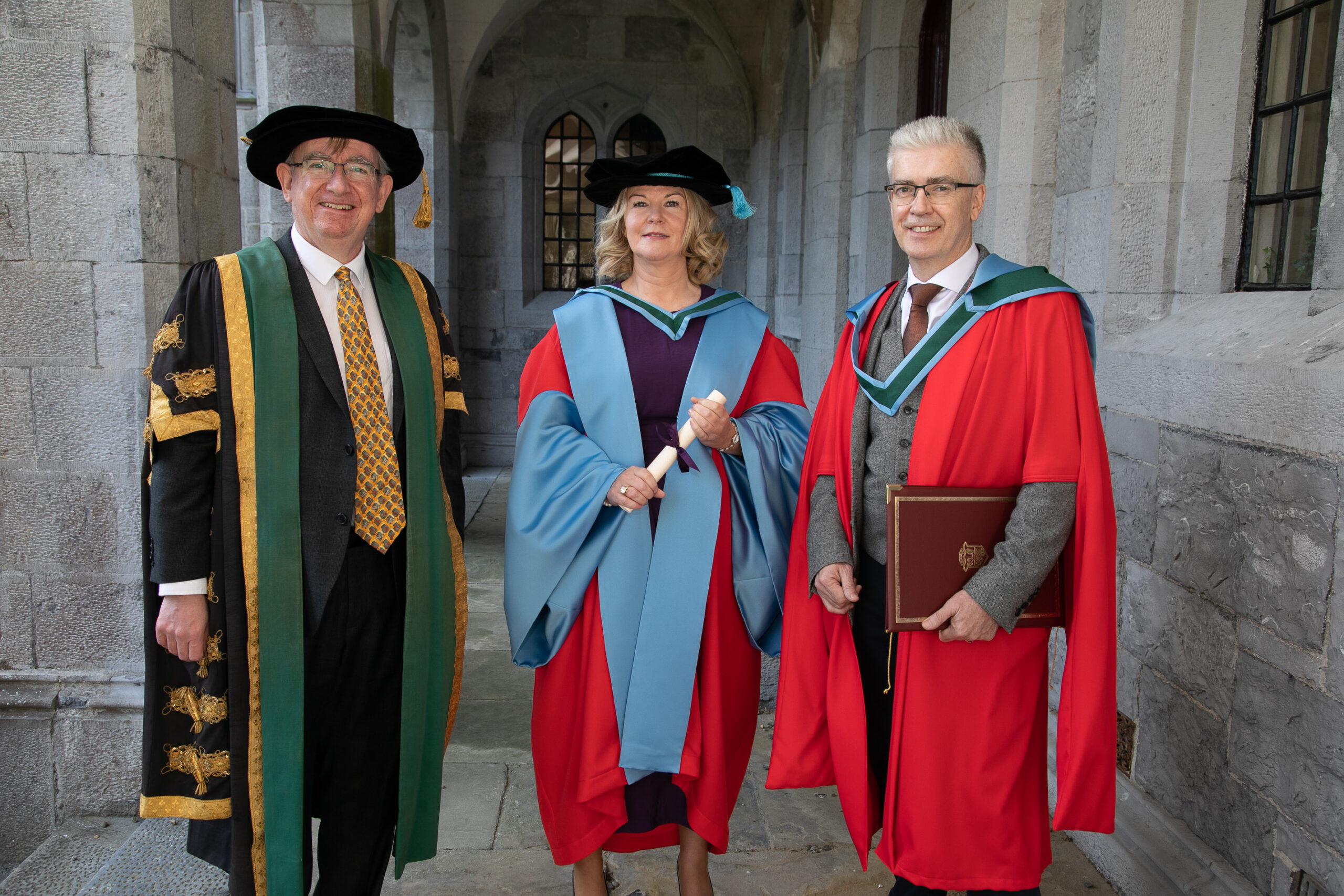 Evelyn O’Toole, CEO and Founder of CLS has received an Honorary Degree of Doctor of Science honoris causa from Professor Henry Curran, School of Chemistry at a conferring ceremony that took place at the National University of Ireland Galway on the 1st of April, as the university welcomed back graduates this year.

Evelyn was among eight extraordinary Honorary Degree recipients as part of the NUI Galway 2021 programme. She received the honour for her outstanding and distinctive contribution to business and science, while other recipients were acknowledged for their work in the arts literature, journalist, education, and medicine, who included Jean Kelly – Retired Chief Director of Nursing and Midwifery, Saolta University Health Care Group, University Hospital Galway; Professor David Harper – Professor of Palaeontology at Durham University and leading international expert on palaeontology and evolution; Professor Hubert McDermott – Former Professor of English at NUI Galway and former Governing Authority member; Dick Byrne – Architect by profession and life-long contributor to the arts in Galway; Ronnie O’Gorman – Founder and owner of Galway Advertiser; Ailbhe Smyth – Irish academic and activist; Bob Quinn – Filmmaker, director, photographer, writer, editor and member of Aosdána.

Professor Curran commented during his citation: “Evelyn’s story is an inspirational story of what can be done through knowledge, vision, cooperation, determination and leadership. This university recognizes Dr Evelyn O’Toole as a pioneer of analytical leadership, entrepreneurship and innovation and bestows with gratitude on her our highest honor.”

Evelyn O’Toole said: “This is a very special moment for me in my life and I’m truly honoured and thank NUI Galway President Professor Ciarán Ó hÓgartaigh and Professor Henry Curran for bestowing me with an Honorary Degree of Doctor of Science honoris causa today. Congratulations to all the graduates today and to my fellow Honorary Degree recipients – I’m in very good company. Thanks to all the CLS team and all the CLS clients for their loyalty and support throughout the years and for giving us the privilege to work with you.”