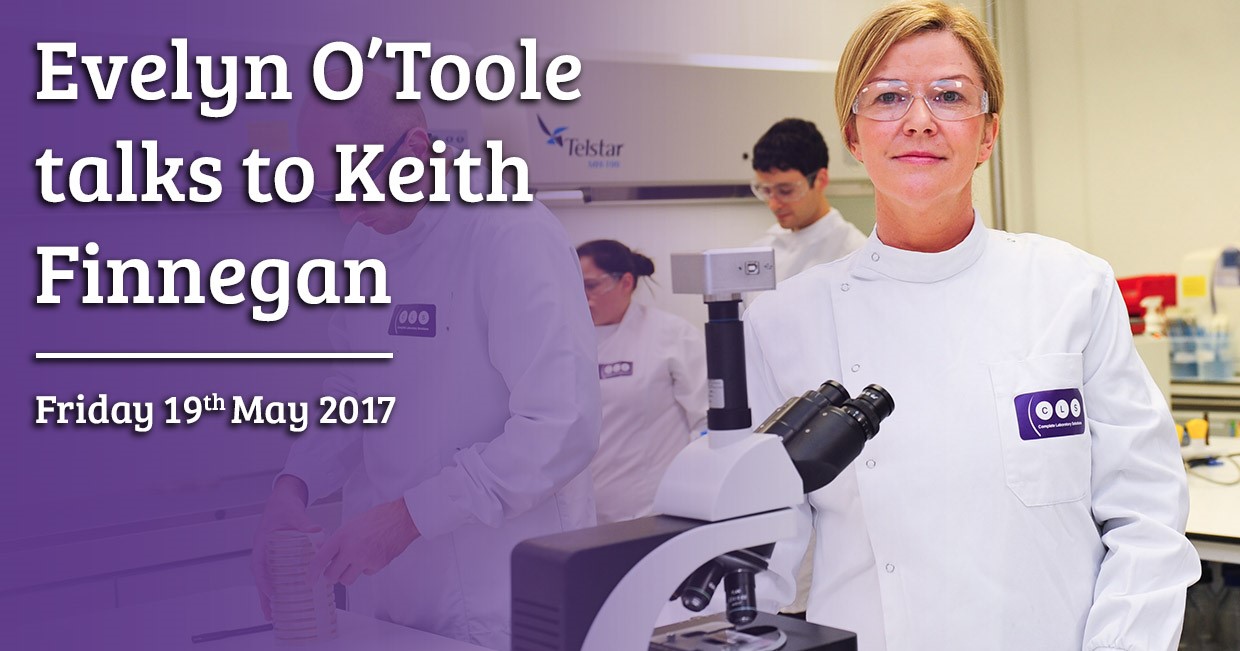 Evelyn O’Toole, CEO of CLS and Daithi O’Connor, Founder of Revive Active joined Keith Finnegan in the Galway Bay FM studio to discuss their recent success in being selected as finalists in EY’s Entrepreneur of the Year awards.

EY Entrepreneur of the Year Awards

Evelyn won a national competition, ‘Women Mean Business’, in 2016. The following day after she received the award, she was at a medical device show in the Radisson Hotel, Galway when she was approached by two local representatives of EY. After Christmas, Evelyn was nominated to take part in the Entrepreneur of the Year competition. There were over 100 applicants: Approximately 80 were interviewed and 24 finalists were selected. Evelyn is one of the eight finalists in the Industrial category.

Originally from Clifden, Evelyn was managing a lab for a company in Carna prior to founding CLS. When the lab at Carna was destroyed by fire, Evelyn decided she wanted to give herself job security and also to provide opportunities for other scientists to live and work in Connemara or Galway. From this idea, Evelyn set up CLS in 1994. At the time she would have loved to name the company Phoenix, as her company had literally risen from the ashes, but was afraid the humour of the name would be lost.

CLS is a testing company which supplies testing and analysis on contract to the food, environmental, medical device and pharmaceutical industries. One example of the work they do is carrying out food safety checks, such as shelf life tests, for food companies. Some of the companies they work with include Supermacs, Supervalu, Shell, Medtronic, Boston Scientific, Creganna, Amgen, and Allergan, to name just a few. As Evelyn says, CLS are blessed to have a fabulous client list.

“We’re still building.  That’s the thing about business, it’s never done. Every year is a new year, every year needs a new performance.”

There are exciting opportunities coming CLS’s way. 7% of their business now comes from overseas and their medical and pharmaceutical plant is now located on the Tuam Road.

Evelyn and all the finalists will be travelling to San Francisco on the 28th June for 6 nights to take part in an executive training programme. EY bring the best from the top academic institutes. Last year the programme was hosted at Harvard; this year it will be hosted in Silicon Valley, home to many of the world’s fastest growing high-tech companies.

“It’s the one to be in. It’s the highest accolade.”

In August, each finalist will go before an 8 or 10 person interview panel to pitch their case, their background, their company, their profile and what they have achieved in terms of scale. Evelyn believes this will be a very important moment in their selection to be crowned as Entrepreneur of the Year. All of the interviewers report back individually to a centre point. The judges will then choose the winner and there will be a final night of celebration sometime in October. Evelyn attended the award night last year as a guest and said it was a “fabulous occasion”. About 600 people attended the dinner, including a veritable who’s who of leading entrepreneurs.