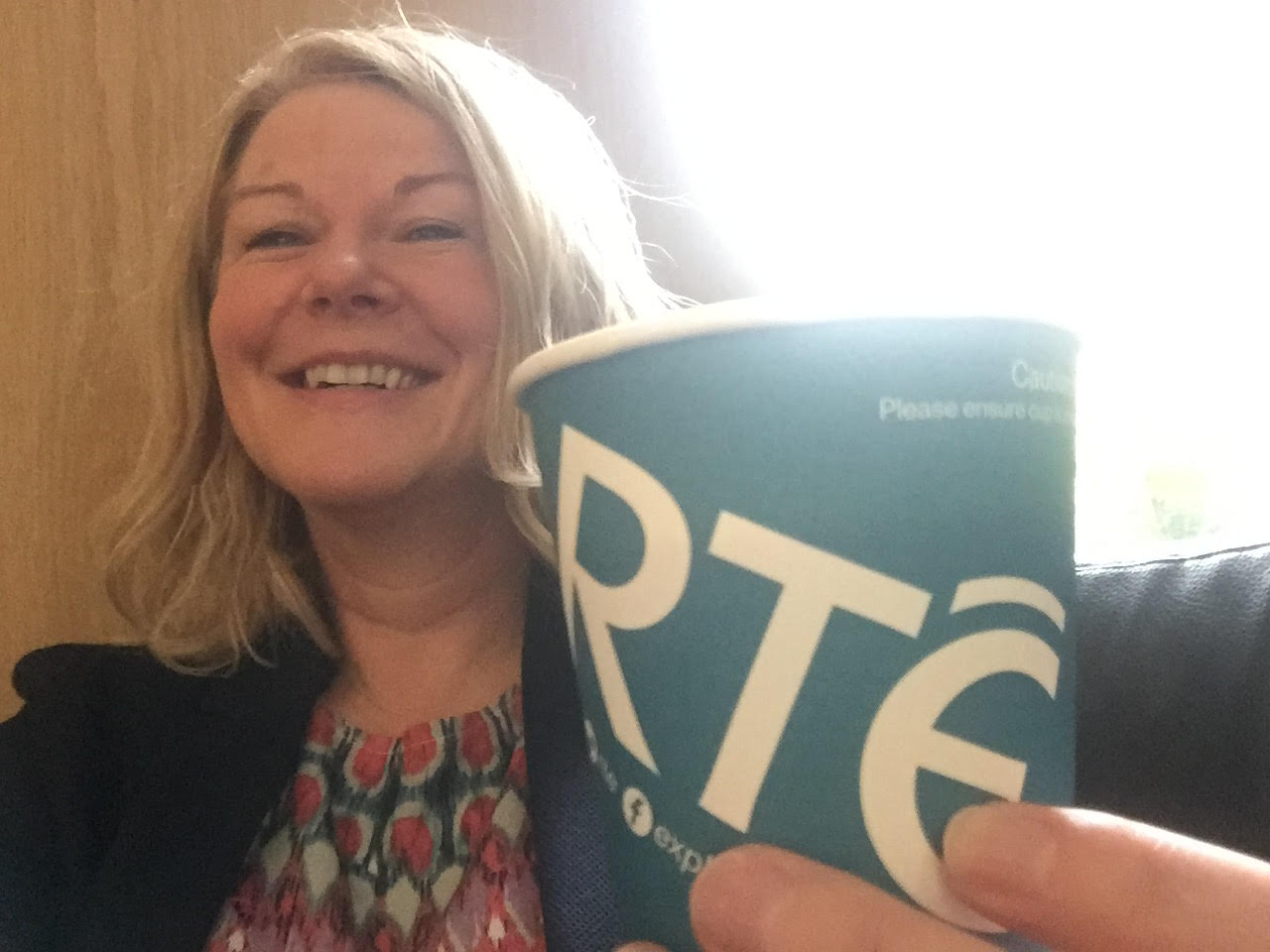 Evelyn O’Toole, CEO of CLS and finalist in EY’s Entrepreneur of the Year award joins Richard Curran in the RTERadio1 studio to discuss her journey with CLS on TheBusiness show.

Evelyn is a qualified scientist that grew up in Clifden. Evelyn studied applied biology for two years in AIT and then completed work experience in London, testing industrial paints. She then transferred to IT Sligo to complete her degree in environmental science. After gaining her first job in Carna in a food lab at the age of 25, Evelyn was in her element until the unfortunate burning down of the building. This is what led Evelyn to set up her own company – CLS. This was with the hope to provide herself and other scientists from Connemara with job security not too far from home.

Evelyn O’Toole pictures in the RTERadio1 Studio with presenter Richard Curran ahead of their interview on TheBusiness.

Although Evelyn is very hardworking she speaks about how you have to be able to turn off to keep the balance. Evelyn mentions how she loves the weekends and looks forward to her Friday evenings. Although she admits she is addicted to her phone and that this is something she aspires to work on, she does take time to unwind and look after her own health. In Evelyn’s spare time she sprints and does yoga. Yoga helps her to create capacity in her mind and relax.

CLS a group of contract laboratories is the leading provider of sampling and analysis to the food, environmental, pharmaceutical and medical device industries. Founded in 1994, CLS has developed a reputation for delivering high-quality laboratory data with a customer focused service in a timely manner.

CLS has now been in business for 23 years. There are 140 scientists working there with 7% international. Evelyn mentions that CLS was un-known of until about two years ago. Since then, CLS has gained FDA approval which exposed them in a very positive way.  Now with the help of EY’s Entrepreneur of the Year award that Evelyn is a finalist for and Evelyn winning the 2016 WMB ‘Business Woman’ award, CLS’s profile is growing every day.

Evelyn speaks of the EY “bubble” very fondly saying that everyone supports each other and genuinely wants to see each other do well. She said, “the positivity is quite overwhelming.”

The Link Between School Curriculum and Local Employment

During the interview, Evelyn highlights the important link between the school’s curriculum and local employment opportunities. The local school’s have gone from not even having science on the curriculum to providing multiple graduates in the area of science. Evelyn says:

Our local school didn’t have science on the curriculum in Rosmuc. I’ve had 18 applications from Connemara from new graduates. And I’d love to think that we have something to do with that. From my own village, where I am from in Cushatra, outside Clifden I’ve had three applications this year. I can hardly believe it becasue it is only a small village with a couple of houses. Clifden school are sending them through in great numbers.

The Future of CLS

Evelyn states that acquisition is not on the cards for CLS at the moment, although there are companies that are interested. This is because she feels that herself and CLS still have a lot to do. Evelyn would like to see the 7% international percentage move up to 25% among many other goals for herself and CLS.