Evelyn O’Toole discusses CLS & her EOY Experience with Bobby Kerr on Down to Business, NewstalkFM 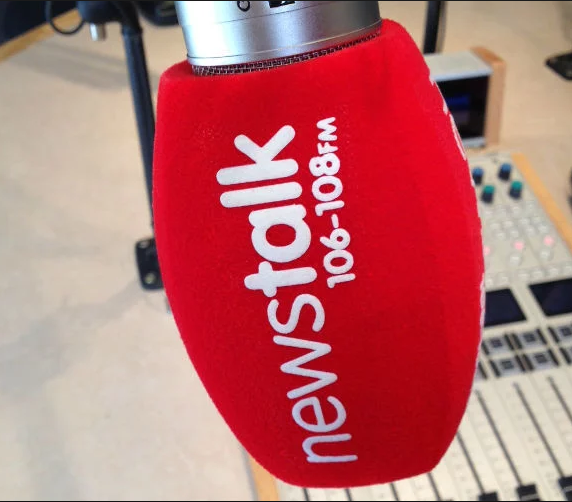 Evelyn O’Toole, CEO and founder of CLS and winner of an EY’s Entrepreneur of the Year Industry award joins Bobby Kerr in the Executive Chair in the NewstalkFM studio to discuss her journey with CLS on Down to Business. 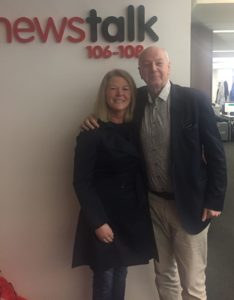 Evelyn O’Toole pictured in the Newstalk FM Studio with presenter Bobby Kerr ahead of their interview on Down to Business.

Evelyn speaks about how much it meant to her to win the EOY IndustryAward. Evelyn is the first woman to ever win this awards. She gives insight into her background: she grew up outside Clifden and the first job she ever had was in a jewellery shop in Clifden. When the town of Clifden died down in the winter months she realised her passion for science and recalled how desperate she was to get into a lab.

I think I would have cleaned the windows in a lab just to get inside the lab.

Evelyn spent time in London testing industrial paints between studying applied biology for two years in AIT and environmental science in IT Sligo. After completing college she gained her first job in Carna in a food lab and hitched from Clifden to Carna which she mentions is a big change from the Tubes in London but it was a welcomed change and she got to meet many of the locals. After the unfortunate burning down of the building that Evelyn worked in, she came up with the idea of starting her own company, CLS.

When you have nothing to lose, you can only gain.

Being the only company to have set up in Rosmuc in the last 24 years. Evelyn employs many of the locals from rural west of Ireland and has since been among the Galway People of the Year Award Winners for 2017 for providing jobs in Galway that are embedded in the local community.

CLS started up in the industry of environmental and food testing and as part of Evelyn’s plan for sustainability, the company has since developed into the medical and pharmaceutical industry.